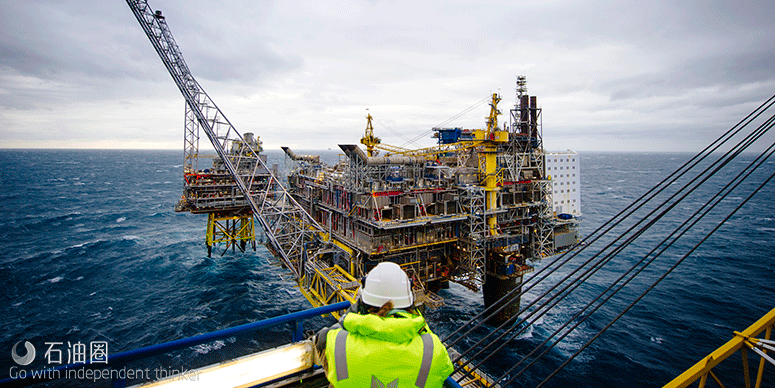 Norway and Russia have long been controversial, and oil exploration was opened only after the two countries reached a maritime border agreement in 2010. In the face of the sweet pastry of the North Pole, Norway is not far behind -- the Johan Castberg project, which has been delayed for years, has finally been approved. The Norwegian national oil company says Johan Castberg will be the world's largest underwater project. It has 450 million to 650 million barrels of recoverable oil equivalent, and is expected to produce the first crude oil in 2022.

Norway's crude output is down, and new oil fields are urgently needed.

The north sea oil field, which once led the entire Norwegian economy, is gradually in decline, and Norway urgently needs fresh "blood" to keep the oil flowing. It is estimated that the Barents sea's oil and gas resources account for more than half of Norway's undiscovered oil. So successive governments have pushed for the development of the Barents sea's oil field to promote the Norwegian economy.

Capital expenditure "slim down", the project will be "green"

Norway's national oil company obtained huge oil reserves in the Johan Castberg field between 2011 and 2012. The project has been delayed several times because of plummeting oil prices and high project costs. Today, the project is finally approved by squeezing capital spending.

Norway has opened the door to Arctic oil exploration while signing an international climate agreement, and in the eyes of Greenpeace in Norway, it seems ironic or contradictory. Greenpeace and other activists have voiced strong protests over the region's oil activities, fearing it could damage the region's rich but fragile ecosystems. In the future, how should Norway strike a balance between oil and gas and environmental protection?